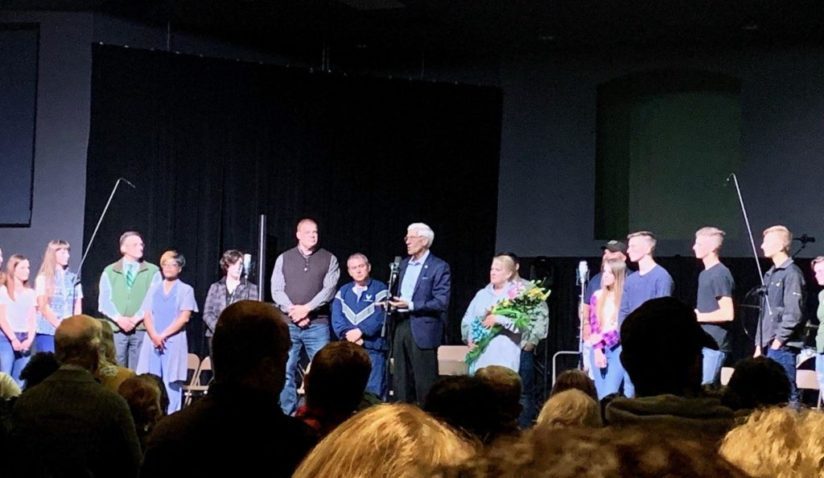 Vet to Vet Tennessee created and produced the show which was performed on the 244th birthday of the United States Marine Corps. The name of the show is “Worth It” which was written and produced by Tonya Stoutt Brown.

Suicide is one of worst tragedies in the United States especially amongst youth and veterans and so far all of the program to stop suicide has not had much impact. VTVT is a national leader in veteran and youth suicide prevention working with and training our VMFCs to help reduce the number of suicide in our communities. We believe that the lack of faith and hope is one of the primary reasons for this epidemic.

The play is designed to be a funny, moving and thought provoking look at life, with a focus on suicide prevention. Our goal – to help people of all walks of life know that life is worth fighting for! . Learn about suicide prevention in a relaxed atmosphere with actors who will make you laugh while you learn. Take it to heart, because someone in your life needs to hear the message, “You’re worth it.”

The play has been endorsed by the QPR Institute founder Professor Dr. Paul Quinnett. VTVT and the QPR Institute developed a safety plan for the cast members and audience knowing at risk individuals maybe a part of the play or in the audience. The results of the show were breathtaken and life saving.

VTVT is currently preparing an after action report on the show and is preparing the program for free distribution to MCA VMFCs beginning 2020.